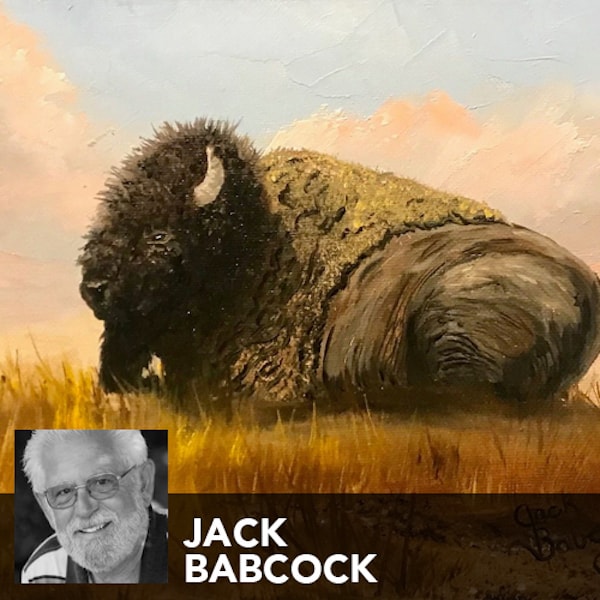 Jack is an Auburn native, with diverse passions. As a teenager, he flew Cessna 150s all over the Pacific Northwest, including trips into Canada. Jack was a certified Master Gardner for 5 years, regularly volunteering to support Pierce County residents in their gardening adventures. Jack and his wife Maria have been married for 49 years and have four grown children and five grandchildren.

Jack has spent more than forty year developing his distinct style, rather on glass or canvas, when he painted his first ornament in 1982, he had unwittingly launched a product that would find its way into homes around the world. Since the first experimental ornament, Jack has mastered the art of paintingon a round surface and estimates he has painted over 4,000 glass ornaments.

As a past student and good friend of Robert Walton, who encouraged Jack to start painting on canvas again, and was able to do shows with Robert in Washington, Oregon and Montana. This opened a whole new area for his artwork.

The late Fred Oldfield encouraged Jack to start putting horses and cowboys in his paintings. His imput was invaluable as he was always encouraging and pushing Jack out of his comfort zone. you can view Jacks work on his website jackbabcockfineart.com

Works For Sale During the Online Gallery

If you would like to purchase, please use the form below. This form will go directly to the artist. If you are looking to purchase an additional piece of artwork from a different artist, please go to that Artist’s page and fill out the form on his/her page.